Oh no, didn’t leave ya hanging, here’s the deal from yesterday and where we are right now!  By now, you’ve probably figured out that the flows are low!  Looking at 65 in the Canyon, 68 or so around Decker’s/Trumbull. Moss has been a pain in the butt, but if find some faster water where the fish are actively feeding lower in the column, you can avoid most the moss with a little weight on that nymph rig that is needed anyway. We’ve got some clouds this morning in the valley, with a 40% chance of a shower or two, before clearing up overnight. Thinking this cloud cover is going to present some good opportunities to get a little closer to some of the bigger fish I’ve seen hugging the banks, sipping on the dead fly, as it takes its final float to the afterlife! Fishing overall has been pretty fantastic, with big hatches, aggressive fish, excellent weather, and not too many people on the river Monday through Thursday. It’s also worth mentioning that the fishing downstream is equally impressive as the Decker’s/Trumbull sections of river. There are some deeper, faster runs that are presenting some great fishing for aggressively feeding fish in the highly oxygenated water. Yesterday, I was behind one of the campgrounds and found a nice, narrowing run that dumped into a small pool. This was my spot for about an hour and a half, where I pulled about 10 fish on a a nymph rig.  Had a Pat’s Rubber legs, followed with a yellow egg/orange spot, and trailed a two-bit hooker, size#24. I took about half the fish on the hooker and the others on the egg. Heading back to the house around 4pm, I got out of the car, headed over to the “wall” where the fish were rising on BWO’S, and within just few casts I was on the fish again!  Heading out in just a few to take advantage of this cloud cover, so I’ll be back later this evening with another report from the South Platte River, Decker’s, Colorado! 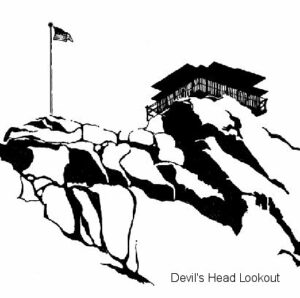